Women In Song and Service Since 1928

The Ridgewood Choral is a friendly women’s chorus founded by Frank Kasschau in 1928 to enhance the musical culture of the area and to do service for the community. The Choral is dedicated to performing good vocal literature in a variety of musical styles from classical to contemporary, sacred to secular, baroque to Broadway. 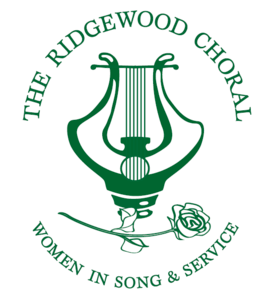 A special aspect of the Choral is its active social service tradition. During the Depression, the women of the Choral raised money for the Ridgewood Foundation Fund through a series of concerts with the Orpheus Club, the men’s chorus of Ridgewood. The Frank Kasschau Memorial Shell was funded in large part by ticket sales to the Choral’s summer pop concerts, and the group sang at the Shell’s opening along with the Orpheus Club. Proceeds from succeeding summer concerts helped to purchase a grand piano for the Benjamin Franklin Junior High School.

To see archival photos and documents about the founding and history of the Choral, take a look at the  Ridgewood Choral History Presentation  created in honor of our 90th Anniversary Season.

With a song in our heart, we continue to serve our community in other ways by donating backpacks and school supplies for under resourced students, donating to the Center for Food Action and bringing short concerts to area seniors in assisted living and nursing homes.

Beginning in 1967, The Ridgewood Choral added a new dimension to its concept of service by creating The Florence Reinauer Memorial Music Award.  What began as a $250 award has grown to a $2,500 scholarship. In 2018, in honor of her 25 years as our esteemed conductor and friend, The Ridgewood Choral announced adding an additional scholarship – The Marjorie Vandervoort Vocal Award – in the amount of $1,200. Both awards are offered yearly to a senior high school musician who meets our criteria for excellence, and both awards offer performance opportunities at our spring concert. Click on the MUSIC AWARDS page to learn more about the competition and past winners.

The Ridgewood Choral is a not-for-profit, tax exempt 501(c) (3) organization. We are supported through the generosity of associate members, friends, and our concert audience. 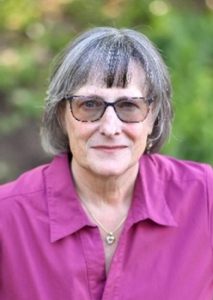 Leslie E MacPherson is thrilled to be named the new Director of the Ridgewood Choral beginning in the 2020- 2023 season.  She is proud to carry on the tradition of community choral singing from retiring director Marjorie Vandervoort. Leslie taught music in the Northern Valley Regional High School District for over thirty years. While there, she taught all choirs both curricular and extracurricular, music theory and beginning band. She served as vocal coach and producer for the annual musical, traveled with her students each year to music competitions and supported the Northern Valley Music Parents in their many activities. On the county level, Leslie was the Audition Chairperson for the Bergen County Chorus for many, many years. She hosted the Bergen County Band and Chorus festivals and managed the chorus for a number of years. Leslie was active on the state level as well, serving as rehearsal conductor, manager and chaperone to the chorus members while in Atlantic City. Leslie’s Northern Valley choirs performed frequently with the Ars Musica Chorale, of which Marjorie is a long-time member. Upon retirement, Leslie sang with Ars Musica until Covid reared its ugly head. She also sang with the Ridgewood Choral for two seasons. Leslie has conducted the Bergen County Chorus twice, both the North Jersey Region mixed and women’s choirs and the NJ All-State Women’s Choir. She was music director of the Dumont Methodist Church and choir director at the Haworth First Congregational United Church of Christ where she still sings solos and plays the flute. Every summer, Leslie plays the flute in the Teaneck Community Band. Leslie credits her parents for her musical journey. Piano and flute lessons were a regular part of life. Singing in church choir began at a very early age. Her Mom and Dad met in church choir with Dad (tenor) as the director and Mom singing alto. Her husband sings bass so vocal quartets were a regular part of life. When her parents moved to New Jersey, Leslie’s mother, Hilah Engesser, began singing with the Ridgewood Choral. The circle of life continues as Leslie steps in as conductor. Life is a series of connections, bringing people together in unseen ways. Leslie answered an ad in the New York Times cut out and sent to her by her father back in the mid-eighties. A maternity leave replacement vocal teacher was needed at the Northern Valley Regional HS in Demarest, NJ. Being from Long Island, NY, Leslie was unfamiliar with the area and knew nobody there. She thought “What the heck?” and applied for the job. Early in her career, a woman called the school wanting to sing for the vocal students. Marjorie Vandervoort and Linda Glasgal came and performed for the students, starting a year’s long relationship that has come full circle today. 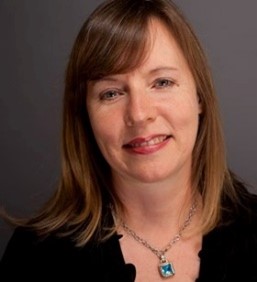 Susan LaFever has been the Pianist/Accompanist with The Ridgewood Choral since 2008. Ms. LaFever is a multi-faceted multi- instrumentalist, vocalist and conductor. Ms. LaFever holds a Bachelor of Music Performance in French Horn and Piano, and while earning her Master of Music in Horn Performance, was awarded a full assistantship to serve as pianist in the vocal and instrumental studios. At present, she is also in her second season as Director of The Ridgewood Singers. Ms. LaFever has served as the pianist and assistant conductor of The Ridgewood Gilbert & Sullivan Opera Company, The Lakeside Choraliers, and the Teaneck Community Chorus.

In addition, she was an Academic Specialist in Choral Accompanying at Kean University and past pianist with Garden State Opera and Ars Musica Chorale. She has accompanied Broadway stars, members of the New York Philharmonic and other soloists in concert and was conductor/pianist of the Northeast tour of Scrooge, The Musical. For the past few years, she has been one of the pianists at Montclair State University where she has accompanied lessons, played opera rehearsals and performed recitals.

Ms. LaFever was reviewed by the New York Times where her playing was called “bold and striking” with “a confident lyric quality”. On horn, she is a frequent recitalist and soloist and has toured the U.S., Europe, Central America and Asia. She has given master classes at the University of Iowa, Western Illinois University, and the University of California, Santa Barbara and has presented clinics and performances at several Northeast Horn Workshops, the International Women’s Brass Conference, the International Horn Symposium, and the National Flute Association Convention. Recently she collaborated with composer Jeffrey Kaufman and pianist Joshua Pierce to record Sonatina for French Horn and Piano available from Phoenix USA records. Susan has degrees from Union College, University of Nebraska, and Manhattan School of Music.